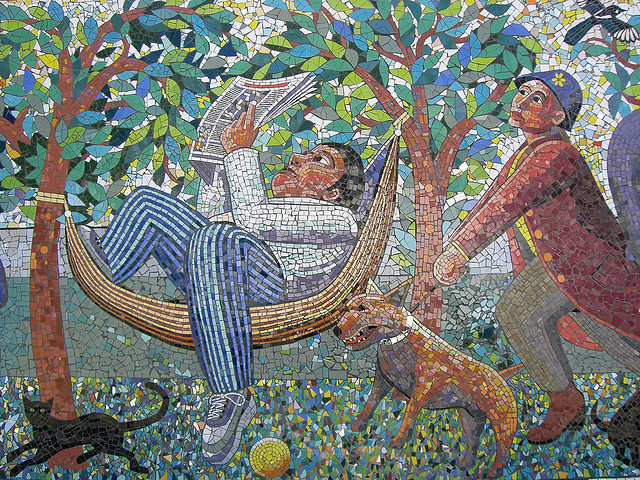 As I’ve said before, I used to be lazy. Though I wasted time, this experience wasn’t a complete waste. My laziness taught me some valuable lessons. Most importantly:

The work a lazy person does to avoid work can have unexpected benefits.

What lessons can we learn from these benefits?

Lazy people don’t like to spend time and energy searching for things.

A shrewd lazy person with occasional bursts of motivation learns to organize their surroundings. They realize that they can have more time idling if they have a system for organizing their stuff.

I’m still not sure what a lazy person would want with a screwdriver, but you get the point.

Let’s put it another way. The lazy person quickly learns to keep their remote controls in the same place (on the coffee table in a little basket). Even while sleepy from a ten-hour Lost marathon, they know to put the remote back in the basket.

Even better, if a lazy person decides to change their ways, organization is one less obstacle to contend with.

Lesson: Save time by having a place for everything and putting everything in its place.

The lazy person keeps their days free and their schedule open. This lack of commitments may lead to passive recreation, wasted days (years), and mental atrophy. But because they tend to avoid over-scheduling, lazy people have the flexibility focus all their energies on unexpected crises.

They can’t always avert disaster, but because of their flexibility they have the time and option to try.

Compare this to the frazzled, overworked, and overscheduled person who does the work of four people. Every spare minute of their life is booked up and accounted for.

When they have to deal with something unexpected, their hands are tied. They’re forced to cancel appointments, break commitments, and generally make more work for themselves.

Both approaches are out of balance, but at least the lazy person has the flexibility to (attempt to) handle disasters.

Lesson: Give yourself some flexibility. Leave free time in your schedule to handle the unexpected.

When you do something right enough the first time, you can avoid the pain of repeating the task.

A lazy person tends to seek out the path of least resistance. Especially when someone is looking over their shoulder, they quickly learn that they can avoid extra work by taking their time and figuring out how to finish a task with a minimum of effort.

Their work might be mediocre, bordering on sub-par, but they’re shrewd enough to understand how little they can do to get by.

They might not finish first or fastest, but to avoid extra work, they’ll do it just right enough.

Lesson: Take the extra time to ensure you understand your task. Do it right the first time…but don’t cut corners.

People who write about entrepreneurship emphasize this point: Just because you can do something doesn’t mean you should. Hire or convince others to do this work for you.

When lazy people take this approach, they leverage the strengths and willingness of others to do their work for them.

Sometimes lazy people are manipulative, but this is unethical….and short-sighted.

Smart, lazy people learn to look for a win-win approach. They realize if they treat others poorly today, they won’t have any help tomorrow.

Cats are perfect examples of people-leveragers. They’re cute, furry, and people clean up their shit for them day after day.

Tom Sawyer provides another example when he convinces Ben to do his work by framing his task in a new light: “does a boy get a chance to whitewash a fence every day?” Ben whitewashed the fence with a smile on his face.

If I hate to mow lawns, is it lazy to pay someone else to do so? I don’t think so.

Lesson: Enlist people to minimize your work…and compensate them fairly.

Lazy people ignore things. The problem is they choose to ignore the little things as well as the important things. They avoid work that doesn’t matter and work that does. They are either unable or unwilling to make a distinction between the two.

This trait causes them a world of problems. But how often do hard-working people get hung up and stuck on a project, mired in minutiae? Doesn’t it make sense to let some things go, provided they aren’t landmines?

When you start getting stuck, you’ve got to take a step back and ask ‘does this matter?’

Lesson: Not every task you define for yourself is worth doing. Let some things slide.

Often, lazy people learn frugality out of necessity. With a low income, they learn to entertain themselves and limit money spent on non-necessary purchases.

They may become great patrons of the library, late fees notwithstanding. They purchase six-packs for drinking at home rather than having a few pints at the bar/pub.

This is all great except when the boundary line blurs between frugal and cheap.

Frugal is buying a well-maintained car for $2000. Cheap is refusing to spend $200 to fix an oil leak (which eventually ruins the engine). Lazy people, being lazy, are prone to put something like this off, making the excuse that the short-term repair costs too much.

Lesson: Be frugal without being cheap. Don’t defer necessary expenses. 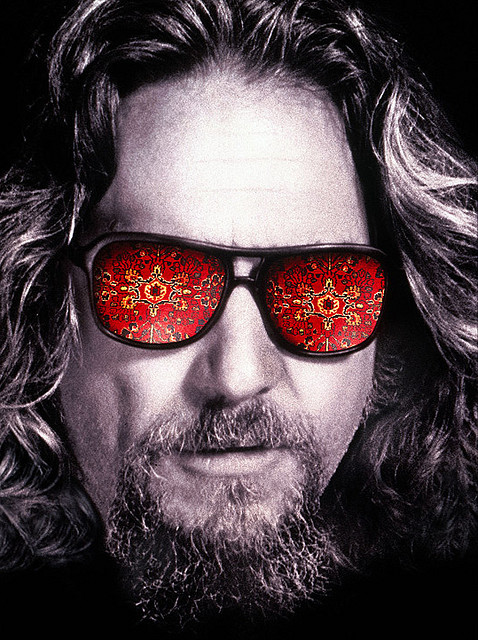 “Laziness is nothing more than the habit of resting before you get tired. “ ~Jules Renard

I’m not sure if lazy people are less stressed than the rest of us, but they’re serious about relaxation.

Lesson: Be passionate about relaxation in moderation.

Next post: Are You Using Your Spare Time…Or Just Filling It?