A Day in the Life of a Korean Student 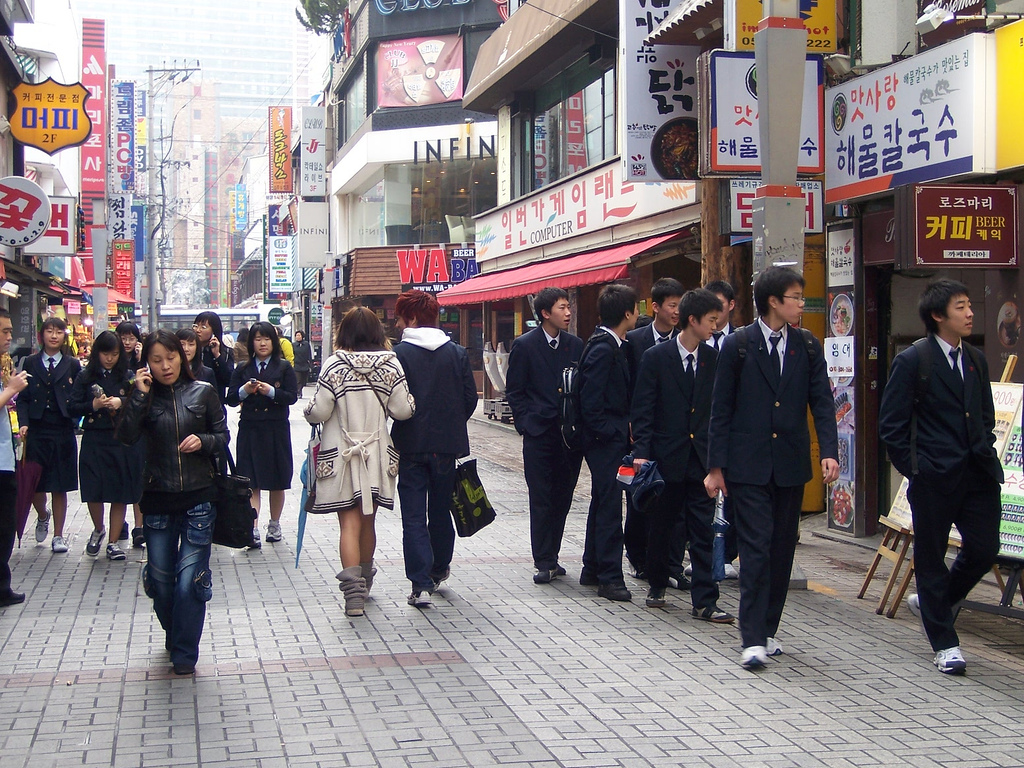 Korean students are smart. They consistently rank among the top performing students in the world, especially in math, but it’s no surprise, given their study habits and sheer relentlessness.

A majority of my students tell me they like math.

The goal for many of these students is to either study at one of the SKY universities or to study abroad. Korea sends more students to study abroad than any other country, about 350,000 total. According to the NY Times, South Koreans are the largest group of international students in the U.S.

The following is my attempt to describe a typical day in the life of a fictional Korean middle school student. This comes from what students have told me while using their second language (English is fiendishly difficult for Korean kids, but even the younger students can make themselves understood).

Keep in mind that I’m talking about hagwon students. Even though private hagwons are affordable for middle class families, not all Korean students are able to attend. In other words, these kids are born with an initial advantage over their non-hagown peers (See also Accidents of Birth).

That said, let’s have a look at the typical day in the the life of a fictional Korean middle school student.

Monday to Saturday, I wake up around 6:30 to 7:00. Eat a quick breakfast of rice and seaweed soup,  put on my uniform, and walk to school. Some of my friends have to take the city bus, but I’m lucky.

My classes are math, science, Korean language and literature, morality, social studies, English, physical education, music and art. Math is my favorite, though I like social studies, too. I do a couple hours of self-study in the morning. During this time I usually work on assignments from my afternoon classes.

At lunch, I get to talk to my friends.

I finish around three. When I leave, I’m pretty hungry. If I have any pocket money, I’ll buy some food from the old lady’s snack cart. I don’t get to eat until I get home.

From three until five, I do self-study at the library. I try to finish up my hagwon homework. Some of it is pretty hard, but it’s helping me become a better student. Besides, if I don’t finish, the teachers will call my mother. That’s never fun.

I go to hagwons for math, science, and English, one each. Some of my friends go to two different hagwons for each subject.

Three days a week, I have English and math. Two days a week, science and Korean hagwon.  I spend a couple hours at each one. In math, we’ve been working on geometry, and that’s pretty fun. English hagwon is okay, though the foreigner teachers smell funny. At least they don’t give too much homework. I think they’re lazy but I get to talk a little bit. For my Korean teachers, we mostly memorize vocabulary and translate articles.

I get home from the hagwons at about 10pm. I used to stay later, but the government recently passed a law that says all hagwons have to close by 10pm. At home, I’ll eat a little dinner with my family. Dad is usually home to eat with us, but sometimes he has to work late and I don’t even see him; he leaves before I’m awake and gets home after I’m in bed.

After dinner, I study and do homework. We recently moved to a bigger apartment so my sister and I could have a room just for studying. Tonight, she’s working on English homework; she has to translate four pages before class tomorrow.

I’ve got to get ready for a math test at the end of the week, so I’ll probably study until about one or two. I’m so tired, and all I want to do is sleep, but I’ve got to finish. My future will be ruined if I don’t.

What Can We Learn

As a westerner, it’s easy to say these kids are being worked too hard, that they don’t have any free time to play or to develop their own interests.

Yet, it’s not my culture and I’m not a researcher. I’m just an outside observer, and an ignorant one at that. A full comparison of Korean vs. American education is waaay beyond the scope of this article. (Here’s an article dealing with the negative impact of the hagwon industry).

However, I’d like to think I’ve learned a few things about learning from my ever-gracious host country.

Today, Korea is a modern, industrialized country, but according to the OECD (via the BBC), 40 years ago, Korea’s national wealth was the same as that of Afghanistan, one of the poorest countries in the world.

How did Korea pull itself out of that mess? They rolled up their sleeves, built a bunch of factories, looked to the outside world, studied hard, and outworked almost everyone else around them. In short, through work, effort, and sweat, Korea transformed itself from a war-torn mess to one of the richest countries in Asia.

Is it any wonder Korean students work so hard?

If you’re a student studying a foreign language, click here to learn about the Language Hacking Guide.