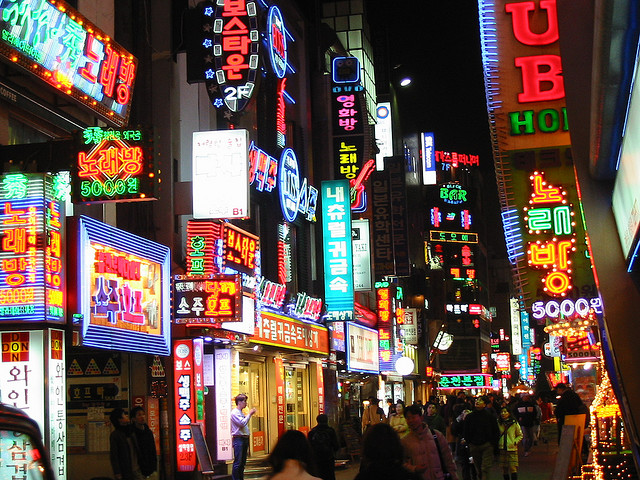 “Why would you bother to learn Korean? You’ll never use it when you leave here, it’s a useless skill.”

When I heard these words, I rolled my eyes and thought the speaker had had too much soju. Later, though, I realized his attitude was a fairly common one. Many people see learning things like Korean, falconry, card tricks, and origami as investing time in useless skills.

I’m not sure how this idea began to spread, but I think this attitude springs from two causes. One, a belief that a person should only learn and study things that will help them make more money; two, that work is something  that must be done and shouldn’t be fun.

When people talk about useless skills, I like to ask two questions: who defines useless, and who defines should?

Maybe this attitude is an Appalachian or North American thing, a holdover from my (our) immigrant ancestors’ grim-faced work ethic. Whatever the reason, I would argue that so-called useless skills are actually worth the time invested in them. Here’s why:

How many piano students will go on to become a Beethoven or a Tom Waits? Few, if any. Does that mean piano lessons are useless? Hell, no. Besides the sheer joy of creating music, piano lessons teach soft skills like focus and discipline. Scales take repetition, time with the metronome. Learning a piece requires combining a broad base of skills- music reading (essentially a second language), kinesthetic coordination, memory recall, and emotional expressiveness.

What about a 15-year old kid who leads nightly raids in World of Warcraft? Leadership skills, anyone? Quick thinking and decision making? (Here’s an article from Wired about exactly this).

Useless skills help you entertain yourself.

We need to make a distinction between useless skills and useless knowledge. Knowing how to do ten card tricks, that’s a skill, but knowing the ten different classes of spaceships in Starfleet is not a skill, that’s useless knowledge. When I say skills, I mean things you can do to entertain yourself and others.

Two guys, same age, social class, social skills, walk into a party. One spends his free time watching television, the other rides and tweaks unicycles. At the party, music is playing, people are dancing, a beach ball is bouncing around, but there’s no unicycle around.

All things considered, who do you think is going to have more fun? The guy who expects to be passively entertained, or the one who finds amusement by investing his time in an admittedly ludicrous invention?

Imagine what happens if he brings his unicycle…

Useless skills help you distinguish yourself.

Finally, when people ask what you do for fun, what do you tell them? I’m not saying social validation is that important, but try to see yourself through the eyes of others. What do they (and you) see? Do they see someone with vivacity and varied interests, unique among millions? If people talk about you, what do they say? When people talk with you, what do they think?

“I spent four hours drinking beer and updating my facebook.” Lame. Anybody can do that.

“I make man purses from the pelts of ice bears, can speak Swahili, and I’m training for a regional Jenga championship.” Holy f%#king s%^t, can I buy you a beer?”

Useless skills make life richer, adding to our experience. Besides that, they’re fun. Kurt Vonnegut once said “we are here on Earth to fart around, and don’t let anybody tell you different.” I agree.

As for me, I use my caveman-level Korean everyday. Just a couple hours ago I tried on a shirt, but it was too tight. In Korean I told the guy I drank too much beer and needed to lose some belly fat. He laughed (at me, I think, not with me).

Our exchange was meaningless but was hell of a lot of fun. I’ve been glowing with a misplaced sense of accomplishment all evening.

What about you? What useless skills do you have? The more ‘useless’ the better.

Next post: Master Your Mental Monkey with Daily Journaling