After Three Months of Using a Standing Desk… 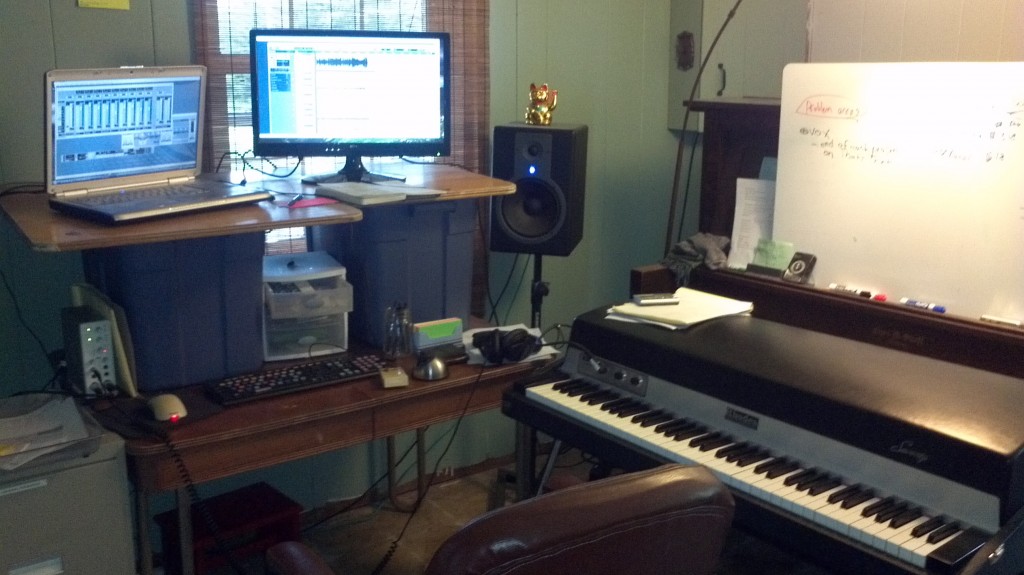 After three months of using a standing desk, I came to a realization:

I’m a lazy bastard who likes to sit down while writing.

I switched over to a standing desk mostly because, even in a great chair, sitting all day is uncomfortable. Plus, according to reams of research, sitting is hell on your health (Here’s a convenient if sensational infographic on the dangers of sitting)

Proponents state that standing desks will help you with your focus, attention, energy levels, and weight loss. After three months, I can say that they’re mostly correct. When I could actually bring myself to use the standing desk, I felt better than if I had sat for the same length of time. Back, butt, and leg fatigue was no longer an issue. And even though I wasn’t trying, I lost five pounds during the first month.

The problem was that I simply avoided my desk altogether. Almost all the writing I’ve done over the past few months I did while kicking back in a recliner, using either laptop or legal pad. This is okay, but I think I prefer hunching over a flat, open workspace, good posture be damned.

What I liked about the standing desk

The standing desk definitely has its benefits. Humans were made to walk. Walking will even improve your cognitive function. We’re not meant to sit in a chair and gaze at a glowing screen for hours at a time. The standing desk mostly eliminates the problems associated with sedentary knowledge work. A few other things I found during my three month standing desk experiment:

Problems with my standing desk setup

Besides the weird aversion I developed to using the standing desk, I had a few other problems with my setup.

How I could make the standing desk work

For now, I’m back to an old school sitting desk, but I have plans to work out some kind of DIY solution. Right now, I’m thinking I could

Should you use a standing desk?

I say give it a shot, especially if you find sitting in a chair all day makes your back, butt, and legs howl like a drunken coyote in heat.

The cheapest and easiest way to experiment with a standing desk setup is to place a large flat-topped storage bin on your desk or kitchen table. The work surface should be about even with your belly button, your arms bent about 90 degrees at the elbow.

A few things to note:

If the experiment goes well, you could purchase a Geekdesk, order a custom desk, order an affordable standing desk from Amazon, convert your desk with an Ergo-Stand, or buy an adjustable height desk frame.

One gal’s experience switching to a standing desk

I’m not the only one who’s dissatisfied with his standing desk.

This setup looks a little precarious:

Previous post: You Are Your Own Worst Enemy, But That’s a Good Thing