Why the Rules of Art Matter 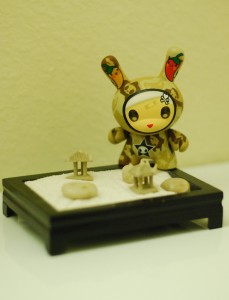 How many times have you heard this phrase: “he’s breaking all the rules!”? Taken out of context, it seems pretty cliché. This phrase is trite and overused, but media types cant’ get enough of it.

Western culture rewards the rebel, the trend setter, the people who do amazing things.  These people often seem to come from out of nowhere. They are called game changers, paradigm shifters, or revolutionaries. Their work or their life alters the way a majority of people look a their medium. People say they ‘broke all the rules! or they ‘changed the rules of the game!’

Look closer, though, and you’ll see the basic, structural rules of the game never really changed. The conventions changed, the rules remained the same.

Every part of our daily lives follows rules and conventions, and art is no different. Rules and conventions allow creators and their audience to find a common ground, a place in the middle to meet. Most people in the audience don’t even think about these things. They just want to be entertained, to have a good time.

However, when the rules are broken, their Spidey-sense kicks in, their bullshit detectors turn on, and they’re turned off. They don’t know why, they just feel like something is amiss or wrong. Ask them to explain it, and they’ll probably just say they didn’t like it.

Rules and conventions make the game possible. They don’t stifle creativity, they enable it and give it a framework, a place to play. Rules of form are like a giving a child a playpen inside a bunker in the middle of a war zone. Inside the playpen are the rules, inside the bunker are the guidelines. Outside lies the hell of war.

“You can do whatever you want, as long as you stay in the sandbox. If you go outside the playpen into the bunker, you might get kicked around or stepped on, but you’ll survive, maybe even thrive. Go outside the bunker, though, and somebody else will have to pick up the pieces.”

Is art any different?

Here are some examples  of people that followed the rules but are called rule-breakers and game-changers.

Shakespeare The Bard’s work follows a fairly rigid set of guidelines: all of his plays  followed the Roman five-act structure. Look at the sonnets. Working within the relatively narrow confines of the sonnet form(three four-line stanzas and a two-line couplet at the end), over 150 of these sonnets were published, and they all followed the same basic rules.

Claude Monet Unlike most young artists at the time, Monet did not spend his time in museums copying the old masters. Instead, he painted the world around him and learned from his contemporaries. While he didn’t follow the conventions, he still used rules: he combined a naturalistic approach with the laws of optics. The rules of painting remained the same, Monet only changed the conventions.

Nirvana People remember Nirvana as the band that brought ‘alternative’ music into the mainstream. Did Nirvana break the basic rules of songwriting? No. Most Nirvana songs follow the verse chorus verse chorus bridge chorus format. They definitely went outside the narrow conventions of late eighties/early nineties rock music (hair spray, reverby drums, cheesy lyrics), but they followed the basics almost to a ‘t’.

[While I don’t think Nirvana is anywhere near as culturally important or relevant as Shakespeare or Monet, they’re are a great example].

Almost all movies and novels Most modern story-telling entertainment follows some kind of three-act setup, build-up, climax structure. The age-old rules of storytelling lead audiences to expect these things. Leave one part out and it’s like a car without wheels.

People can complain all the want about formulaic movies and books, but how many people actually watch art films or finish novels that disregard these basic rules? Yes, formulaic art and media is boring, but the formula-film not only stays within the sandbox, it cowers at the thought of even touching the edges.

Once you know the  difference between rules and conventions,  you can step outside of the sandbox and start playing in the bunker, messing around with the conventions. You might get bruised, you might get rich, but you’ll definitely get an education.

Pardon me for sounding like Seth Godin here, but the real opportunities for innovation lie in changing and shattering conventions while adhering to the basic rules. Disregard the rules at your own peril.

I want to give credit to Larry Brooks at StoryFix for his writing about story architecture. His posts inspired me to think about the importance of rules.

Next post: How to Make Creative Inertia Work for You