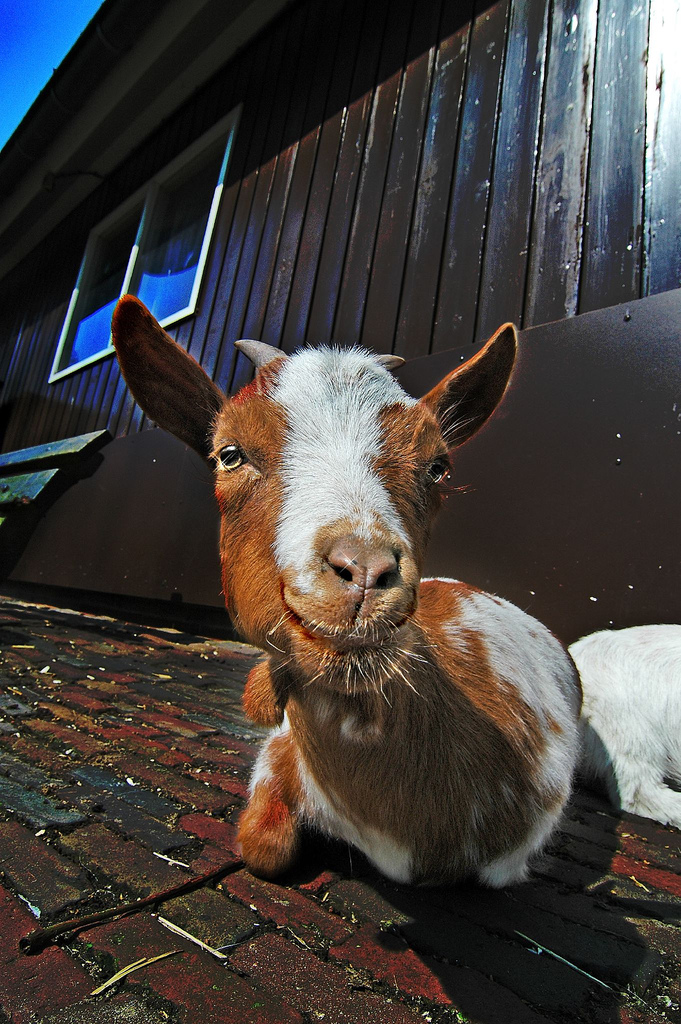 A physical barrier is anything that slows you down or prevents you from creating or doing amazing things. A physical barrier can be something as simple as having to take an extra step to do something. Physical barriers can seem like minor inconveniences but they can create a lot of mental resistance.

Imagine, for example, you want to be a professional gamer (We have those here in Korea). You’re training on Wii, but you have to share the television with your roommate; they’re training on an XBox 360. Every time you want to play the Wii, you have to crawl behind the television (with the dust and spiders), unhook the Xbox and hook up the Wii. The extra steps aren’t physically difficult, but unless you’re super motivated to ‘practice,’ you might just end up watching drama.

The same could be said of a website checkout system. The less steps a customer has to take, the higher the conversion rate. Think about irritating sites that make you register just to view a forum. Most people would just look elsewhere.

People are lazy, and I’m no exception. Like objects in motion or at rest, we tend to take the path of least resistance.

By removing the physical barriers to our creative work and activites, it makes our lives just a little easier. We face less resistance. Here at Happenchance, I like silly formulas, so here’s a new one:

Let’s have a look at some ways to remove these physical barriers and get a little more awesome.

Think about how many steps you have to go through to get started on a creative project. If you have to drag your materials out of a closet, plug things in, sharpen your tools, or bribe someone, you have a physical barrier.

Someone once said a song can write and reveal its basic essence in about 15 minutes. The song isn’t finished, but when the idea comes, it comes pretty fast. For someone who occasionally writes songs, quickly and easily capturing that basic essence is an important step.

Problem: I have a recording interface for my laptop. To use it, however, I have to fire up the software, adjust the settings, and hook up the cables. By the time all that is done, I’m usually frustrated. This device works fine for recording a developed idea, but for capturing new  ideas, it fails.

Solution: I bought a cheap tape recorder. If I have a song idea, I press record and I’m good to go. Once I started doing this, I found I could get ideas down on tape twice as fast and, interestingly, I had twice as many song ideas. Now I capture the basic ideas on the tape recorder and, once they’re sufficiently developed, allot some time to record a proper acoustic demo on the interface.

If you have the space, leave your tools setup so you only have to do one or two things to get started.

You can’t turn a screw with a plastic screwdriver, and you can’t make a decent screwdriver without quality vodka. Quality goods are cheaper than they’ve ever been, but there’s a lot of shoddy stuff out there. While sometimes using junk can yield interesting results, using the right tools helps ensure the best results.

Problem: When I was fifteen, I went to a pawnshop and bought the cheapest guitar I could find. The action (distance between strings and frets) and intonation were terrible; after a couple weeks of diligent effort, my playing still sounding like a goat choking on nails. Even though I was making the correct chord shapes, they sounded out of tune and clanky. I gave up for several months…

Solution: I eventually saved enough money for a decent guitar.  This one had good action and intonation. Once I had a quality instrument, I picked up where I left off and made a lot more progress a lot faster.

Use Your Time Well

Problem: In the past, I always wanted to write for myself, to create things besides school assignments. I told myself I would write when I had some free time, that I’d get around to it eventually. Sometimes I did, but usually other things would find ways to use my time. Over a two year period, I wrote maybe ten pages. Sad, sad, sad…

Solution: I chose a set time to write, everyday. What I wrote didn’t matter, only that I wrote crap…and write crap I did. I started small, only an hour a day. The barrier of not having enough time was eliminated. Instantly. Why? I set aside time. I knew I had to sit down and it, and the barrier of vague ‘other stuff’ was gone. I didn’t make time, the time was already there.

Not having enough time to create stuff is a common excuse problem, but the solution is straightforward: treat your own creative work like actual work. Show up on time, every time. This is the easiest way to remove the barrier of not having enough time.

If you really do have a full, Korean-student-style schedule, either shed some commitments or stop worrying and focus on what you’re already doing.

Have a Good Space

Having a good, dedicated place to create is like putting a houseplant into a bigger pot with better soil. The plant can stretch out its roots and have room to grow. Working in a shared space is like having a pot that’s too small. Yes, the plant may grow a little bit, but eventually it reaches the edges of its confines.

Your workspace is your home base, the place you keep your idea files, tools, materials, etc. Each space, of course, varies by medium. At the bare minimum, you’ll be able to setup in one or two easy physical steps.

Problem: Back in the States, my wife used to make really cool custom picture frames. She would paint the frame then, along the outside, she would glue the bottle caps. I drank the beer, she made the frames. Win-win. Here, though, our apartment is just a bit larger that a shipping container. She simply doesn’t have a space to lay out her tools and materials.

Solution: The easy solution would be another apartment, but that won’t happen until we leave Korea. We made some space on the floor, but that’s not the same; she has to get everything out and arrange them just right. Afterwards she must put things away so bottle caps don’t become glued to our feet. In this case, the solution is suboptimal.

Sometimes you have to work with the space you have. Sadly, in a place this small, there’s not much she can do. On the other hand, she has taken up knitting and cross-stitch (we have some wild Saturday nights); these  activities don’t require much space.

I’d love to hear from you.

Update: This series continues with Removing Barriers Series: How to Mange Your Inner Critic and How to Manage Fear of Failure.

If you enjoyed this post or others, share it! Tweet it, Digg it, Stumble it, email it to friends, or submit it to your favorite online service.