8 Reasons to Slow Down 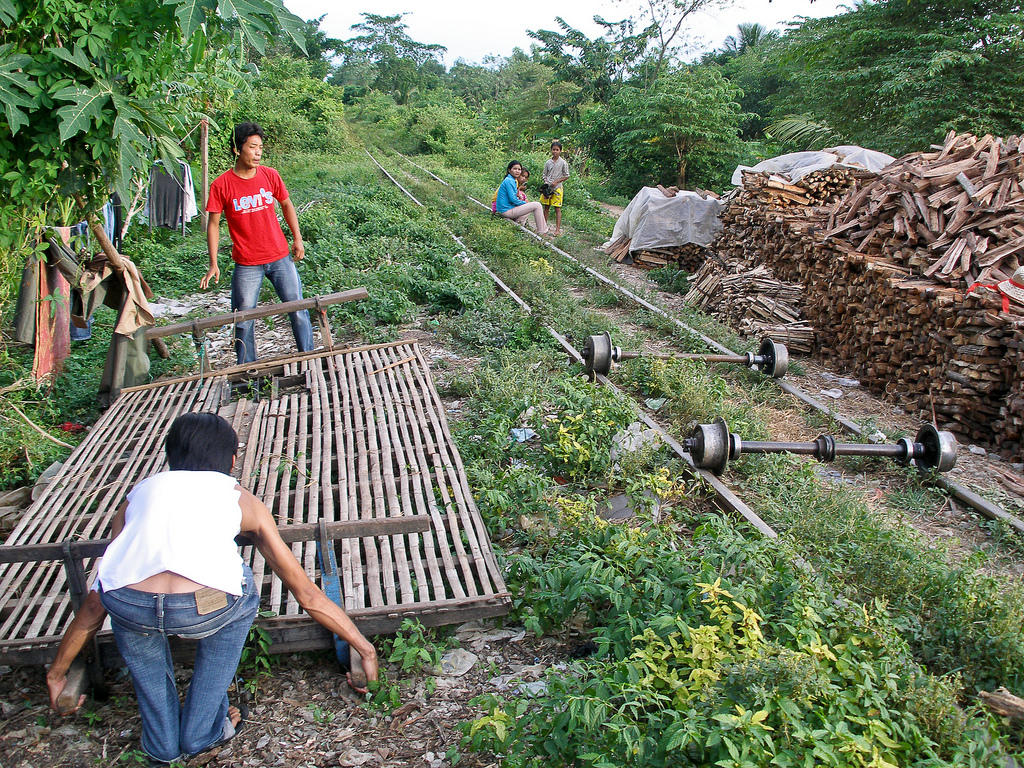 Here in Cambodia, things move slowly. Transportation is bumpy and hurts like hell. Buses, bamboo trains, boats, and bicycles…most never exceed 50km/hr, and if they did, they’d all explode into a million little pieces.

While travel takes a lot longer than in developed countries, moving slow has its benefits: a chance to see the details of the country, plenty of time to read in transit, and a general feeling that getting to a certain place by a certain time is entirely out of your hands. Buses break down. Roads become impassible.

Rather than try to hurry, it’s much easier to relax, give in, and just expect things will take (much) longer than they could.

This leads me to today’s post: 8 reasons to slow down. I believe travel is not unlike creativity. Both take effort and action. Both are different kinds of journeys. And both can benefit from from slowing down and taking more time to reach the desired end.

My view: creativity doesn’t like to be rushed. Creativity likes to have ample time to explore new angles, ferment new ideas and concepts, and allow the intuition and undermind to run amok.

Reasons to slow down include:

1. Making fewer mistakes. Rushing and hurrying cause us to overlook details major and minor. With plenty of time, we can afford to be meticulous.

2. Having less stress. I don’t know about you, but hurrying makes my heart race. The slightest problems cause disproportionate exasperation. Mistakes are made, which causes more stress. Going slow, you have a chance to breath and relax.

3. Having more time to enjoy the present. Hurrying is all about displacing now, putting it behind us, and being somewhere else in the future. But now is all we really have. Why not enjoy it?

4. Appreciating the detail. Angkor Wat is a massive temple; its scope and scale are breathtaking. But the best part is enjoying the bas-relief friezes. They stretch for hundreds of feet and feature scenes from ancient Indian epics. At a glance, they all look kind of similar, but once you slow down, you begin to see the details that piece the stories together.

5. Developing concepts fully. When you’re creating something, that first burst of energy is great, but the work doesn’t end there. More ideas lie under rocks, waiting for you to turn them over. Our brains work in strange ways, and sometimes a little time makes a big difference.

6. Slow time gives you time to think. Rushing from one thing to another, we think only of the next move, the next step. Moving slow gives your intuition a chance to work things out.

7. When you slow down, you’re always on time, with time. By going slow, you have to allocate extra time to compensate for your slowness. This allows you to arrive early or finish with plenty of time to spare.

8. Flow requires low stress. By rushing, we create stress that is counter-productive to a state of conscious competence. Professional athletes and musicians, when they’re doing their thing, they’re cool and composed, unhurried.

Just because it’s fun to play the devil’s advocate, I’m going to follow this post with some Reasons to Hurry Up.