I hope you’re not sick of Thanksgiving-related posts about gratitude, because I’m about to share one more. It’s a quick one, though. I promise.

Before I start, I just wanted to thank each and every one of you for reading my work. Your interest and feedback have made my efforts here ridiculously rewarding. 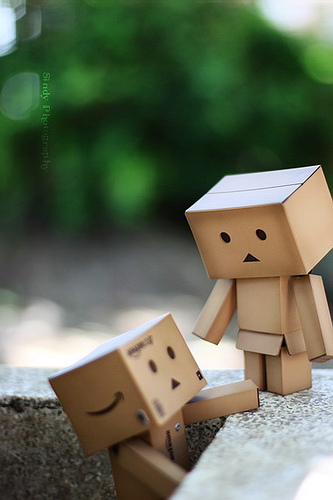 Many years ago, early in my live performance career, I gave my worst show ever. My voice was tight and constricted. The stage monitors were down, so I couldn’t hear myself. I knew I was frequently singing off-pitch. I missed lead-ins and cues.

A few parts of the performance were okay, but I couldn’t stop thinking about the mistakes.

Afterwards, as I packed up my gear, I thought about never returning to the stage. The pain of performing, I decided, was much greater than the satisfaction I received from performing…especially on nights like this one.

Why should I bother, I wondered, when there were so many better musicians out there?

Of course, I wasn’t going to give up music. I’d rather give up my left leg. But I was on the verge of taking a long, long break from performing.

I was tearing myself down before I had even built anything.

Every musician goes through the shaky novice stage; it’s just part of the game. The ones who succeed are the ones who work through this.

As I carried my guitar outside, a girl with dreadlocks caught my arm. I had never met her before. She gave me a sincere smile and said,

“Thank you for the wonderful music.” I started to protest and say it was kind of shitty, but she didn’t give me the chance. “No, seriously, I really liked it, and I appreciate that you’re sharing it with the world.”

I thanked her and went about my night. Now, even after a rotten performance, people will still tell you ‘nice show,’ but this was different.

Her simple and heartfelt expression of gratitude changed my perspective. Someone appreciated what I had done.  Things weren’t as bad as I thought, but even if they were, my own perception didn’t matter. As an entertainer, I had achieved my goal of entertaining someone.

At this early stage, a break from performance would’ve set me back years. Her words were the tiny nudge that gave me the momentum to keep going.

Expressing sincere gratitude is one of the easiest and most beneficial gifts you can give to anyone.

You never know what effect your words will have. Sometimes you show your gratitude at just the right moment, and that makes all the difference.

Previous post: How To Gain Two Weeks of Free Time Every Year