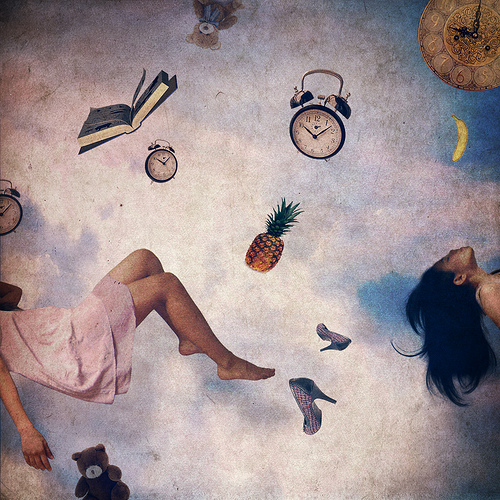 Creativity myths are as common as carbon, but in the popular imagination, creativity is like the rare element aether: it’s invisible and it flows through living things. Hard to pin down, impossible to bottle and sell, a little spooky, and frequently misunderstood. Creativity is quite similar: definable, but tough to quantify.

Let’s consider the definition of creativity:

1. the state or quality of being creative.

In the first definition, the word state is interesting. Why? Because this implies that creativity is a mindset, a mood, whim or emotion. The second definition implies action; having the ability to create or reinterpret things.

Take these two keywords out, and you have a state of ability. And what is an ability but competence based on natural skill, training, or other qualification?

Looking at creativity from this perspective, then, creativity could be defined as the way a person uses their talents, natural and acquired, to create, reinterpret, and improve upon things in the world. Note that none of these definitions implied creativity was limited to artistic fields of human endeavor (visual art, literature, music, etc.).

In my opinion, this is where the problem comes in. Obviously, creativity is vital in these fields. Without innovation and reinterpretation, we’d be living in a world of tourist-destination art dealers and commercial radio. Each of these has their place and appeal, but they don’t really push the boundaries or explore new territory. They play it safe, give the people what they want, etc. Yes, they’re expressions of creativity in their own regard, but if you were to ask Seth Godin, he would say ‘they’re not remarkable purple cows. They’re boring old brown cows.’

Perhaps because the use of the adjective creativity has been used in limited scope to describe artistic achievements, a number of ideas myths have taken root in the popular imagination regard the creative state of ability. Let’s look at some of those myths. 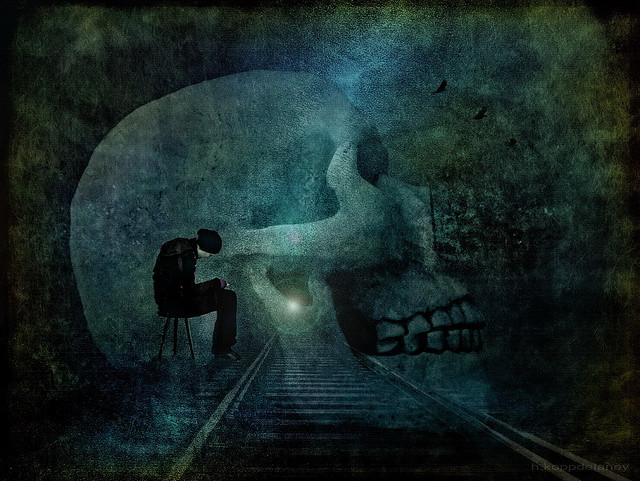 Some creative ideas are indeed profound, but most big advances build upon a thousand little innovations and reinterpretations. These little innovations are easy to overlook, easy to discount, because they themselves are not spectacular or age-defining. Henry Ford’s assembly-line business model was built upon thousands of tiny little innovations: advanced lathes, interchangeable parts, ball bearings, improved files, etc. Without the little ideas that led to these staples of industry, the big ideas wouldn’t be possible.

2. Some people are born creative. Everyone else is S.O.L.

Every individual has some degree of creativity and capacity for innovation, but only some people engage in these traditionally ‘creative’ pursuits. These folks are labeled creative to the exclusion of everyone else (going back to the fundamental misunderstanding that the label ‘creative’ should only be applied to these pursuits).

Yet, anyone who has thought ‘I can do this better/differently,’ or ‘I can make this’ and has followed through on that thought has shown creative ability.

This relates to the last point: the idea that some people have it and others don’t. And for those that don’t possess the ethereal qualities of a ‘creative person,’ no one encourages them. ‘Don’t bother trying,’ people say. ‘They’re just going to be fry cooks.’ It’s a self—fulfilling prophecy, like the one described in this study

They only strike in random flashes of brilliance. This is partly true. Truly innovative ideas can strike at any moment. But some people have far more ideas than others. Is it because they’re born creative?

The reason? These people are already working diligently in their field, on their craft. They’re not waiting for inspiration to strike. They’re already doing the work, putting in the time, holding that lightning rod.  The more they work, the more they gain an understanding of their own creative process, and the more they eventually create.

“I finally learned how to write without inspiration, and can write whenever I need to. It only took me about twenty years to figure that out.”

5. Creativity originates entirely from outside ourselves

Muses, genetics, the  holy spirit, whatever you want to call it; this idea that creativity is dependent on outside forces limits people. Maybe this is partially true. We as people derive a majority of what we think, feel, believe and do from the world around us. And isn’t one part of the definition of creativity to ‘create meaningful new forms’ (implying the new form is based upon an older one)?

Maybe creativity does come from some Jungian collective-consciousness idea stew, but to rely wholly on that supposition may lead a person to look into the stewpot and one day find it dishearteningly empty. If ideas come from outside ourselves, that’s fine, but this view neglects two crucial details: somebody has to keep adding ingredients to the stew, and that stew is worthless unless someone is around to ladle it out.

When creativity is attributed wholly to outside forces, it’s also quite easy to shift the responsibility for not creating to those uncontrollable forces. As if it’s the muse’s fault that one’s ass is not in their chair, working on that big project.

I should add that if the idea of mythical muses makes it easier to write that memoir, great; set up an altar and burn some incense for the daemons in the walls. But ultimately, only one person is responsible for their won creativity and creative work.

This myth is half-true. Yes, ideas are required for creativity, but so is the development of these ideas into something tangible. An idea without action is like a horse without legs; fun to talk about, but unlikely to do anything useful.

I’m not writing this to be exclusionary. Everyone should have ideas. Lots and lots of ideas, practical and whimsical. But to be creative you need to do or create something with those ideas.

7. Creative people are, by nature, self-destructive.

This myth has an understandable basis: a list of ‘eminent creative people with probably mood disorders’ reads like a who’s who of artistic overachievers: Hemingway, Faulkner, Woolf, Twain/Clemens, Dickinson. More than one of these folks offed themselves. Further, according to Maureen Neihart (Psy.D), mood disturbances (madness) are more likely to appear in people who demonstrate high levels of artistic creativity. Neihart writes:

“Both by their nature and by their identification with eminent artists, creatively gifted individuals may put themselves at risk for serious emotional disturbance.”

This leads us to a problem when people apply a strange logic and take this finding to its terrible (and false) converse: engaging in self-destruction as a means to enhance or increase creativity.

If you want to learn more about this fascinating topic, check out Neihart’s excellent article Creativity, the Arts, and Madness

Forgive me if this post is a little heavy, a little too serious. But in years past, at one point or another, each of these myths inhabited some nether region of my brain. I believed them consciously or otherwise. Now that I’ve learned a little more, I realize they’re mostly bunk.

Finally, before you go thinking that I’ve gone all serious-confessional on you, I’d like to close with a quote by Edward Albee, a playwright best known for the excruciatingly funny play ‘Who’s Afraid of Virginia Woolf?’

“Creativity is magic. Don’t examine it too closely.”