How to Manage Procrastination 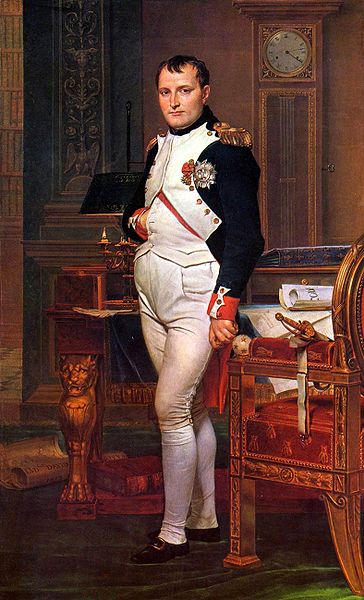 Procrastination pisses me off. Some days it’s easy to manage procrastination. Other days procrastination runs amok like a drunken elephant. You’ve been there, sitting at your computer for hours, intending to work on some amazing project, but instead you spend several hours studying Napoleon’s exile on Elba. You really really want (need) to work on your project, but the only thing you’ve done is allowed yourself to procrastinate, creating a boatload of cognitive dissonance between what you wanted to do and what you actually did.

I’m doing this one thing, but I should be working on that other thing. I’ll get around to that other thing…later. Not right now. Laaaater. Damnit, I need to do that now. But Napoleon is so interesting!

If you know of a better recipe for low-level neurosis (with a side of guilt and shame), let me know. I’ve never seen one.

The worst part about procrastination is this: the time spent procrastinating is usually more than enough time to finish at least a large chunk of that all-so-important Task.

Further, your personality type will affect the how, why, and when procrastination affects you. Some of us are worse than others, so we all have to be cognizant of our own penchants for procrastination.

I’d hate to suggest that some people are born procrastinators. However, since this might be the case, then for those of us who do procrastinate (a staggering majority?),  we need to deploy some creative techniques to manage procrastination and get to work. Here they are…

Identify All Your Tasks

Procrastination turns your time into a crazy cow, running this way and that. You need to rein in your time and make it heel. Here’s what works for me:

Other Creative Techniques to End Procrastination

I hope this helps. I’ve used each and every one of these techniques in one form or another over the years. You’ve probably seen some of them before, but hopefully you’ll find something new that works for you. If you’ve used any of these techniques or if you have other creative techniques for managing procrastination, I’d love to hear from you. Drop me a line in the comments and let me know what works.

If you enjoyed this fine post, subscribe to Happenchance for more creative techniques. And remember…for each new Happenchance subscriber, I will drink a liter of coffee. Without cream. Or sugar.