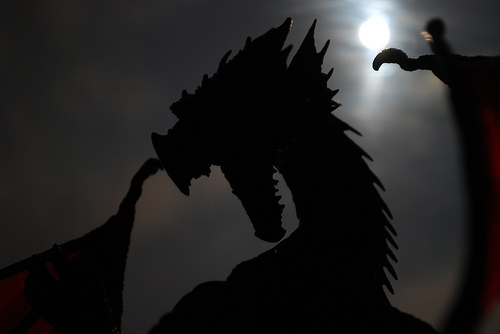 In my youth, I slayed countless dragons, trolls, wyverns and slime monsters. I completed perilous quests, hoarded potions, learned the lore of several diverse worlds, and even flew more than a couple airships.

No wonder I was a pasty kid.

If I’ve lost you, I’m referring to my youthful obsession with role-playing video games (RPGs) like Final Fantasy, Dragon Warrior, Kings Quest V, and a couple others. (okay, so I lost a couple months to World of Warcraft in my mid-twenties. Whatever).

While the utility of such digital diversions is debatable, I learned something wildly important from these games:

You become a badass by gaining XP and leveling up.

While playing RPGs you collect XP (experience points) by defeating ever-more challenging enemies. You start out a chicken-kicking weakling who has just lost her entire village to a monster attack and you end the game a powerful mage who uses her fire magic to immolate her nemesis.

To build a badass character, you have to spend hours and hours engaged in a practice called grinding. Grinding means spending hours in the forest killing slime monsters in order in order to gain XP and collect loot. More XP and loot allows you to level up and move forward in the game.

The Hidden Life Lesson in Every RPGs

Building your life is like building a character in an RPG (albeit far more complex and interesting). To improve your life, build your skills, and level up, you have to do some grinding.

If this were a cheesy personal development blog (okay, it kind of is, grr), then I might call this post ‘Level Up your Life’ or some other alliterative silliness. But I prefer the –ing rhyme.

This idea of grind->gain XP-> level up is obvious, but too many people miss it.

This is simple: if you want to level up your life (damn it, I said it), you have put in a lot of dedicated time to gaining experience and improving your skills.

Start with Slime Monsters, Not Wyverns

Remember what I wrote about Small Wins? This RPG approach to skill-building is no different. Unless you’re suicidal, you wouldn’t direct your level 1 character into a cave full of level 20 trolls.

And, speaking from my own hair-pulling experience, you shouldn’t set a goal to earn $5,000 a month from freelancing in 3 months if your previous freelance income is zero.

Sometimes, when you kill an enemy, they drop a rare item, for example the  Flaming Sword of Awesome. This FSoA allows you to gain a lot of experience (and level up) in a hurry. FSoAs require more effort than the Konami code, but they do exist. When you find one, make good use of it. You still have to grind, but just know that there’s no speed limit.