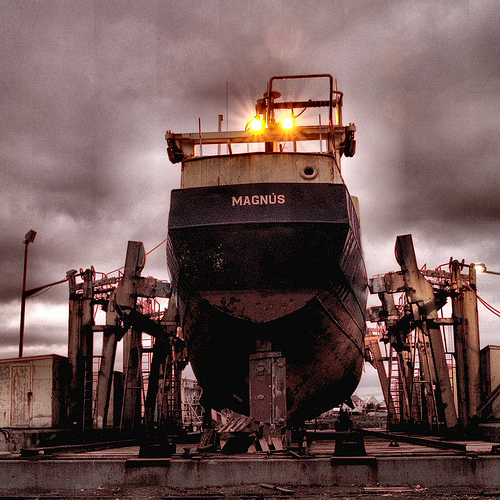 Is your project stuck? Are you working on something but feel like there’s no end in sight? Maybe it’s time to reframe the way you look at wins. We all want big, victorious completions, but sometimes it’s better to scale it down and celebrate the first victories, the small wins.

If you’re building a ship, forget the champagne bottles and marching bands before the maiden voyage. That’s a year away. Celebrate when you finish the blueprints.

Karl Weick, in his influential 1984 American Psychologist article “Small Wins: Redefining the Scale of Social Problems” laid out pragmatic reasons for celebrating small wins. His examples are diverse, ranging from the Apollo 13 mission to the manufacture of Rayon.

Since most of us aren’t astronauts or factory magnates, we need ways to apply this concept to our creative projects.

Why are small wins so effective?

Weick writes that “once a small win has been accomplished, forces are set in motion that favor another small win.”

Think inertia here. Getting that first win is difficult, because objects at rest tend to stay at rest. Once you have that first small win, however, you’re in motion, and objects in motion tend to stay in motion.

When projects and problems are extremely complex, you may encounter some distortion in the steps necessary to reach the end point. Small wins remove this distortion by giving you a clear next step.

I believe this is why Getting Things Done

is such a popular methodology for personal effectiveness; next actions are easy, and completing them gives you the feeling of progress.

Small wins are similar to the systems approach because they allow you to break a complex task or operation down into small, discrete subsystems. Weick writes that “a system with fewer interdependent events is a simpler system. It is easier to comprehend, easier to control, easier to improve.”

Small wins are effective because:

Next post: What’s Stopping You From Creating Something Amazing?

Previous post: 6 Reasons Why Behavior Change is Hard…And How to Make it Easier