Why is behavior change so hard? Why do so many people have trouble making the jump from saying ‘I want to do this’ to actually doing it?

In this post, I’ll attempt to answer these questions and more. The kinds of behaviors I’ll address in this article are mostly positive ones relevant to my awesome readers.

I’m more interested in showing you the strategies that will help you reach your creative goals rather than in teaching you how to quit eating cookies in bed.

If you’re in a hurry, here’s the gist: Start by establishing a pattern of action. Use information as a springboard.  Aim for small, rather than gargantuan wins. Make sure you’re starting this behavior for a positive reason. Set up your physical environment in a way that reduces Resistance. Use triggers to keep the new pattern of action in your mind. 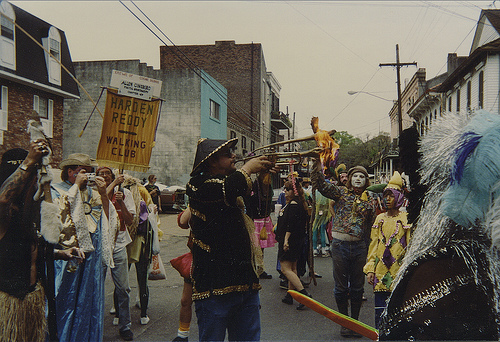 1. Behaviors are patterns of actions

We think that we can make up our minds and decide to do something. For some people and some behaviors, this works, but most people find behavior change isn’t so simple.

A good way to think about behavior is to take a bird’s eye view of things. Imagine looking at your actions on a timeline. Do these actions occur on a regular basis? Do you see a pattern?

Your behavior re: a certain skill is nothing more than a pattern of action.

Like any skill, you have to start with basic stuff: defining what patterns you want to establish and what actions you need to take.

When you start taking action, you will probably encounter Resistance in one of its many guises. The key to defeating resistance and taking action is to focus on getting several small wins under your utility belt.

Think about an RPG like Final Fantasy. When you start out, do you head straight to the enemy’s lair and battle Garland or the Four Fiends? Of course not. You start by stomping slime creatures in the forest near your village. Only when you gain XP by establishing a pattern of successful wins   against little enemies can you start taking on bigger foes like Wyverns and Golems.

RPGs aren’t for everyone, but they can teach us a valuable lesson:

Build your XP (experience points) before the big battles.

Example:  to establish a pattern of daily writing, you might set a goal to write 1000 words a day. But if you’ve never built the skill of hitting this goal on a regular basis, you’re likely to be frustrated. The better path is to start with 250 words a day for X number of days then work your way up.

Most Nanowrimo participants don’t survive the first week. The attrition rates are mindboggling. Why? Because unprepared participants lack the XP necessary to write 1,667 words per day for 30 days; they haven’t established a pattern of action that makes this goal reachable.

2. Information without Action is Worthless

You can know something and still do nothing.

Simply reading about what you want will not make it happen. You have to put in the work and effort to internalize the information.

Information alone is of little value. You find value when you apply this information. Creating value can be anything from committing to memory what you’ve read to setting a couple simple goals and creating an action plan.

3. We Overestimate What We Can Do…and end up doing nothing

And most importantly, you have to have a pattern of action.

Yet, too many people attempt to make big changes without a solid pattern of action. They pick up a horn and expect to hear Bitches Brew. They’re lucky they hear something that sounds like a goat.

The result? Utter disappointment. Frustration. Discouragement. A feeling of “this is impossible.”

A better solution is to define one small component of the behavior you want to change. Again, focus on small wins and XP-building.

In short, guilt and fear are lousy motivators.  This, according to a literature review from Professor Paschal Sheeran from Sheffield University.

Individuals are more likely to change their behavior when they have benefits to gain, rather than negative effects to avoid. Nobody likes doing things because they feel like they have to.

Example: Let’s say you’re contemplating taking up a daily walking habit. Approaching this from the ‘I should walk so I can get some exercise because that’s what doctors say’ probably won’t work.

More effective: ‘I’m going to walk because I’ll feel better, have more energy, and enjoy the fresh air.’ Even better, ‘I have nothing to lose and everything to gain by going for a walk.’

Again, it’s easier to change your behavior when you have a damn good (positive) reason for doing so.

5. Your Physical Environment May Not Be Conducive To Change

Let’s say you want to paint but you live in a tiny apartment full of furniture. Going from one end to the other is like running a gauntlet. The windows are boarded up. You don’t even have any brushes. Is this space conducive to painting? For some, maybe, but most people would find it easier to do something (anything) else.

Unboard the windows. Create a workspace. Stockpile paints and canvasses.

You have to make things easy on yourself. Choose a behavior that’s possible to do in the environment you’re in, then figure out ways to minimize your start time.

Let’s face it: we can get excited about some new thing one day, but a week goes by and that excitement fades. Exciting new stuff pops up on our radar and that new behavior we had every intention of including suddenly seems less important.

After the enthusiasm fades, what do we have to help us take action on our new behavior?

According to BJ Fogg, motivation is short-lived, but triggers cause us to engage in a behavior. To paraphrase: put triggers in the path of motivated people and you’ll get the behavior you want.

In sales and marketing, triggers include prompts, calls to action, requests, and offers. Without such things, sellers would move far less product.

In your own life, you can create triggers by

If you found this article value, why don’t you subscribe to email updates? It’s easy, free, and you’ll receive convenient posts right in your inbox.  Or you can get yourself setup with RSS.  Whatever’s good for you.