The End of the Mega Star 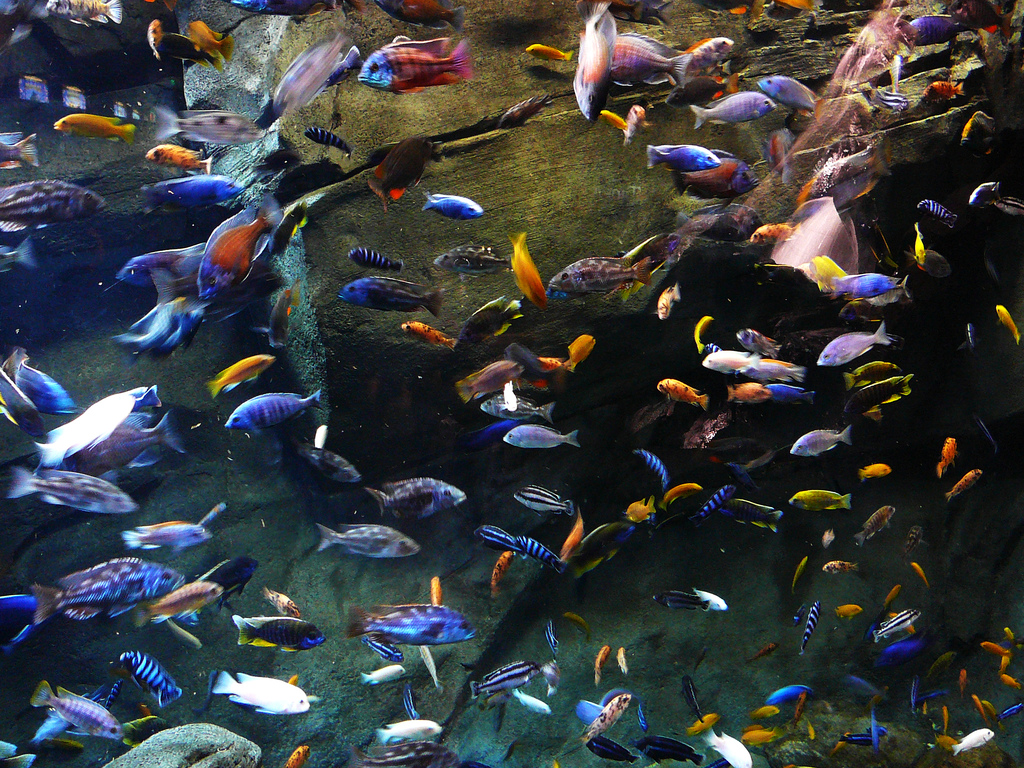 A couple days ago, I went snorkeling for the first time in my life. There, in the turquoise waters of Thailand’s Andaman Sea, I realized the age of the mega star was over. What brought on this realization? The serene beauty of the coral reefs? A lack of oxygen to the brain? An anemone sting to the heart?

No, it was the fish.

But first, who were the mega stars? People like Michael Jackson, Stephen King, the Backstreet Boys… people known and loved (or loathed) by millions. Call them the mass-culture equivalents of Old Faithful. Every time they signed multi-whatever deals, people lined up to buy whatever they put out.

I’m not saying Jackson and King aren’t talented individuals. They are. But, like the Dodo, slap bracelets, and tribal tattoos, their time is coming to an end. Just take a look at record sales numbers.

In the 80’s, Jackson sold hundreds of millions of records.

Even in the 90’s, no one even came close. And, since the end of the ’90s, overall album sales have steadily declined. In 1999, the Backstreet Boys sold over 9.4 million records. In 2009, Taylor Swift, best-selling artist of the year sold over 3.2 million records. While 3.2 million is a lot of records, it’s nowhere near the pre-internet numbers.

While P2P piracy is partially to blame for this decrease, in my armchair opinion, I think many people just don’t want to buy what the culture companies are selling.

Yes, all these artists have put in a lot of work. They have some talent and appeal to mainstream tastes. However, the remaining big media can only support a few of them.

Let’s go back to the fish.

Most of the fish I saw were small, no bigger than my hand, and wildly colorful. Some looked like psychedelic zebras, others like they’d been attacked by a fluorescent-paint-wielding Jackson Pollack. I lost count of the types and varieties of small fish I encountered.

On the other hand, I saw only a couple big fish. They were a little smaller than house cats and either rainbow-colored or white. Kind of pretty, yes, but not nearly as interesting as the rainbow of small fish.

If Michael Jackson and Susan Boyle are the big fish, then people like Ani Difranco and Will Oldham are the little fish. Young writers selling self-published novels from their websites or the trunks of their cars are also little fish. Bloggers selling whatever, they’re small fish too.

Small fish have one thing in common: they have found a place in the reef, and they don’t need to get bigger to survive. They have a spunky, DIY-ethic and don’t need or expect a huge company to sweep them up and propel them to the heights of whatever.

To support a mega star in the culture industry, you need two things: centralized, corporate-controlled media and narrow channels of distribution. Since the birth of television and the nationwide conglomeration of newspapers and radio, you’ve had both. Susan Boyle (over 3 million albums sold in 2009) is a great example of a mass-media-created celebrity.

When most people get their information from only a couple of sources, it’s most profitable to create only a handful of mega stars.

Today, though, you have decentralized (and often consumer-created) reviews, a million distribution channels (many free or very affordable), and terabytes of ways for artists to communicate directly with people who want to experience their work.

With thousands of arts & entertainment blogs out there, tastes are fragmenting and specializing.

Thousands of arts & entertainment blogs are catering to fragmented, specialized, uber-niche-icized tastes. Quality but lesser-known artists have almost as much opportunity as the Kings of Leon to get a review on a site like Pitchfork. With a few ironic Amazon reviews, a small company can sell tens of thousands of freaky shirts originally intended for marginal rednecks (see Three Wolf Moon).

The major media companies and gatekeepers are becoming irrelevant. Like a wizard without his staff, they have lost their power. People now have the ability to seek out what they want.

Curse you, interwebs! (say the CEOs of many major media companies)

What does this mean for small fish?

No longer can artists and creators rely on multi-million dollar ad campaigns, payola schemes, and bookstore/record store placement. Instead, each artist has to find ways to connect with fans. Word of mouth is still the best form of advertising, and the internet makes those words travel that much faster.

If creators can reach the Sneezers (people who tell their friends about amazing work), they have just done what a thousand dollars worth of advertising most likely cannot: connect with people who care.

People love to share good work, and that’s the best part of the new culture marketing paradigm: the creator wins because they get ‘free’ advertising, and the sneezers win because they have a chance to share the good things they’ve found.

Let’s jump over to book distribution for a few minutes. Music distribution is way too easy and obvious: make mp3s and share them with your friends. Books still are a physical, tangible good, so they’re a little trickier (let’s exclude ebooks for a moment).

In the past, a few companies (Ingram, Baker & Taylor) controlled the book trade. If you wanted to get your book into a bookstore, you had to go through them. This came at a price: wholesale discounts, uncompensated returns (of often damaged goods), warehousing fees.

Today, you have at least a hundred companies that offer print-on-demand services. Some will even offer dropshipping (or print-and-ship) via Amazon.

If you have a quality product and you’ve got the time and skills to hustle your book, if you can build a platform and do the marketing, you’re better off without a traditional publisher. If sales take off, you might get a good book deal, but that’s only an option, not a necessity.

Even before the internet, people were having great success self-publishing. Books like A Time to Kill and The Celestine Prophecy sold hundreds of thousands of companies. Later, they were picked up by the big boys.

All this isn’t to say the big media companies have no place in the new, post-mega star culture economy. They do, so long as they do three things: adapt to the way things are, accept the things they can’t change, and stop suing their customers. The last is ugly and will probably kill them in the long run.

For everyone else, there’s never been a better time than now to be a small fish. Anyone can reach a million people. The gate keepers are no longer the unassailable arbiters of culture they once were.

The reef is large enough for a couple big fish…but its the little ones who make it interesting.

Next post: How to Get Out of a Rut (for Cheap)