The Problem With Systems 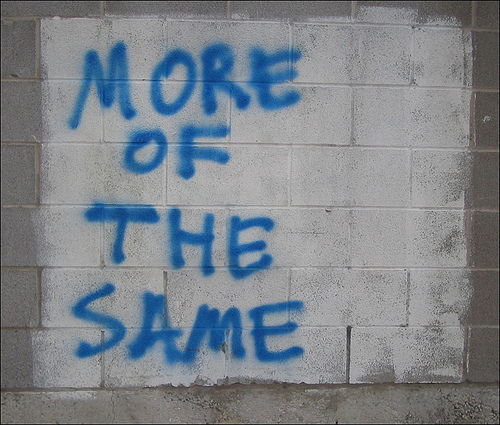 Last week I wrote a big-ass post about how creating systems can make your microbusiness rock. However, I failed to mention a few problems and limitations related to systems creation and documentation.

Systems creation isn’t new. In The Wealth of Nations, Adam Smith talked about the division of labor, specialization, and creating an efficient system for the manufacturing of goods. By giving 20 workers in a pin factory one specific job, the factory owner could make more pins than 20 craftspeople creating pins from beginning to end.

But a microbusiness isn’t a pin factory. We don’t make pins. We make creative content and products. We turn ideas into something tangible. Plus, it’s hard to systematize and document curiosity and synthesis, keys to creativity.

You can document the overall workflow, as in the example of the songwriter, but there are so many other factors that influence the idea generation and execution.

Bethany Dirksen has a system for selling paintings and tracking income/expenses, but I doubt she needs to quantify the overall process that results in her bold, original work.  (Correct me if I’m wrong Bethany!)

This isn’t to say that creativity is only some mystical nymph-powered force. Creativity explodes when you’re already in the trenches, doing the work , going nose-to-nose with resistance, and gutting it with your bayonet.

The problem is laziness. What happens if you create a system, decide to slack off, and then let your system dictate not only how you work but what you work on?

You run the risk of getting stuck in a routine and just following a checklist.

Here are some other problems worth mentioning:

*Not saying you should wait until you have a “brilliant flash of insight” to start a site. That comes with effort, research, and courage. Lots of great sites and writers start out doing what are basically summaries of stuff they’ve read. I’m only saying that doing exactly what someone else is doing won’t work for you.

Am I saying systems creation is a bad idea? Absolutely not. Creating and documenting some the core processes of your microbusiness will be instructive. This should lead to a better workflow, increased overall efficiency, and more time to work on creating amazing things.

Even simple jobs are worth documenting. Three months ago I documented the steps for a new WordPress + Thesis install and setup. This documentation included some simple design and formatting info. I had done Thesis setup a couple times before, and I could’ve followed the instructions from memory, but I had intended to sell the site and thought a user’s manual would be a nice selling point.

I haven’t sold the site yet, but my documentation efforts have paid off. Over the past week I’ve been building a Thesis + WordPress site for a client. Here are the benefits I experienced by documenting a simple process.

Can you see any other problems with systems thinking?  If you’ve created systems for your microbusiness, have you run into any of these problems?

Next post: What To Do When You Can’t Concentrate

Previous post: How Creating Systems Can Make Your Microbusiness Rock